MAY 2022 Because it’s hard to value a TR8 given its comparative rarity, I have given below values/prices based on what I and other enthusiasts have paid for these cars not always what the cars were advertised at. Many price guides in the USA are reporting a 30% increase in value over the last year alone, with USD $25k cars now being common place. 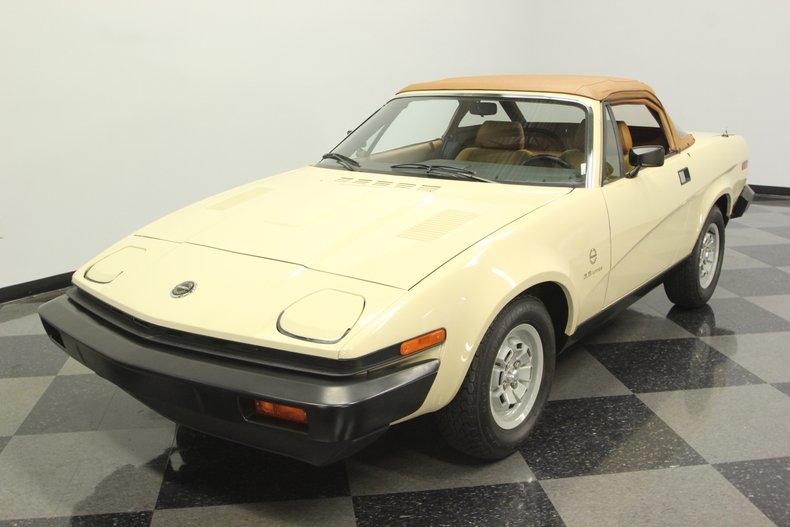 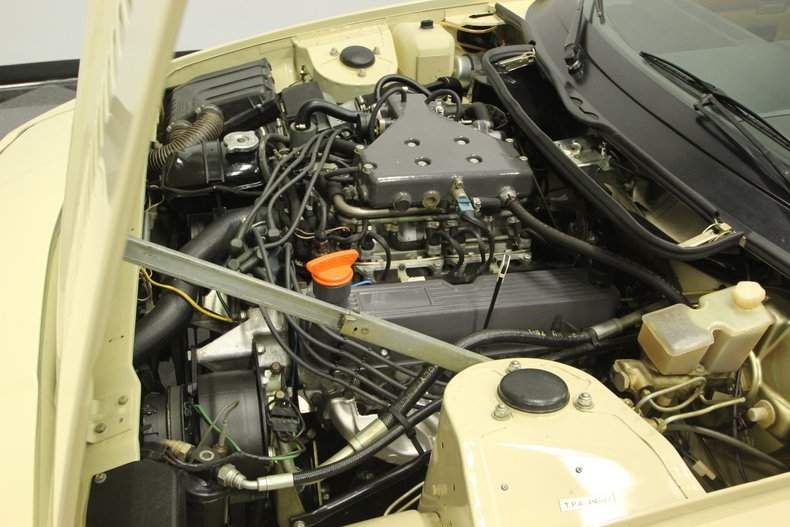 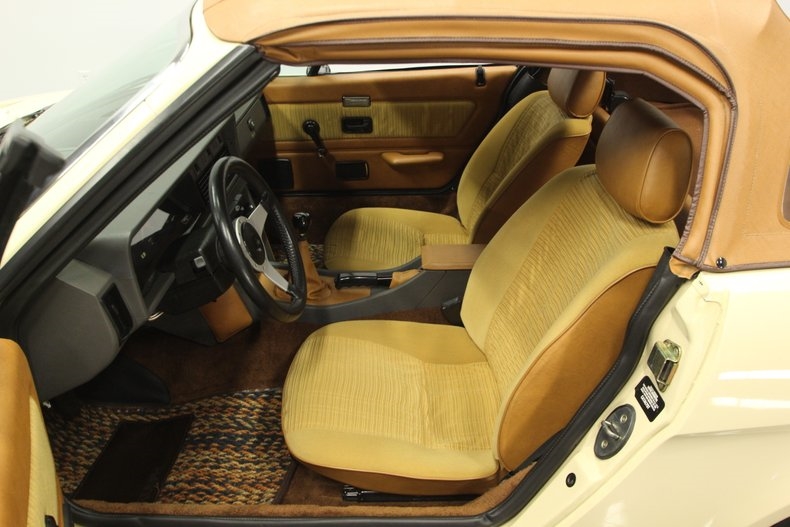 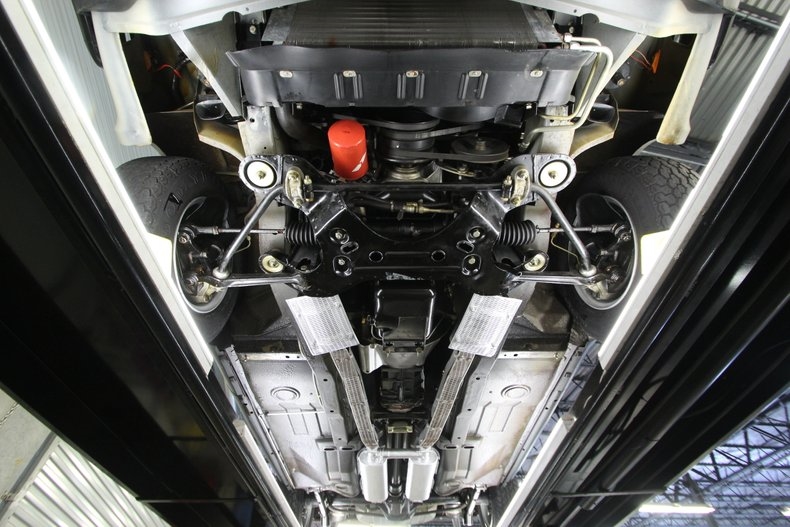 On the various forums there were many outcries about how much it cost and “I can buy three for that price” were common place. The reality however is it actually represented great value. Why? If you were to buy a car at a third, given the previous statement; so for sake of argument lets say $15k its going to cost somewhere in the region of $50k on a good day to restore to similar to the car. However much of its wiring and ancillaries are no longer available and haven’t been for many years, so at best you would be using restored old parts. Compare that to our collection car and its parts are new! Add in a total cost of 65k now which is better value at $44?

A 600 mile from new TR8 I personally owned for many years. 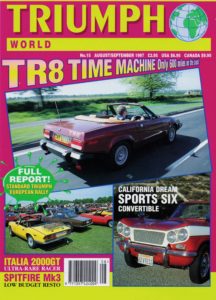 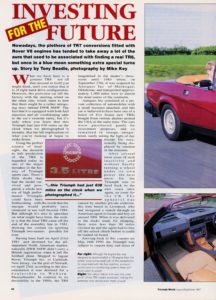 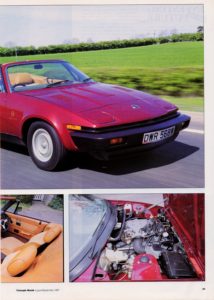 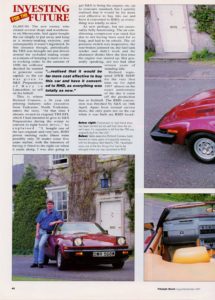 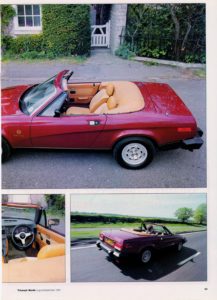 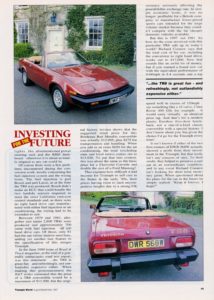 The problem with owning a car like that, is you rapidly become afraid to drive it for fear of getting it dirty and or putting more miles on it. This got a bit stupid in the end, so I sold it to someone who would keep it in a collection and bought another TR8 Efi I wasn’t afraid to drive and enjoy. The car is now with a friend of mine and only has 8k miles on it.

TR8 Values by others

Up until now a TR8 has been designated a TR8 by insurance companies whether its a development car, carb, Efi or UK RHD spec. Other cars are insured by their particular model be it GL or GTi etc. Its important now to take those aspects into account as to replace like for like is now getting difficult.

For example I have a late 1981 LHD TR8 DHC EFi which has a near perfect velour interior and the very late push button dash. Its also a PED (Personal Export Derivative) as well. So to replace it like for like I need to find a 1981 car that’s also a PED with a late push button dash. Any thing else would be a different model! So there were 34 cars made to this spec and assuming 70% are left this gives me potentially (minus my own) 22 cars  to find a like for like replacement from! If I go further and demand the same Silver Leaf colour then I have 9 to pick from if I can find any of them. Add in, that many have had their Efi removed (replaced with carbs) and the majority no longer have perfect velour interiors, then we are looking at a very very small number indeed! Make sure your insurance company documents exactly what variant/model your TR8 is. Given that models rarity in the UK, for value I have taken a USA price of $20k and then added $5k for taxes shipping etc. Convert that to UK assuming I could save a bit somewhere along the way and we have 19k to 20k value. Which is pretty much what it is in the USA, displayed in Dollars. A similar very late car to mine but better condition over all, was sold from the USA early 2019 for $32k.

If you like the car and the value is acceptable to you, buy it! You may never ever get a second chance!

At the end of the day if you want the car and feel the value is acceptable to you, buy it! Prices as of 2018/19 are now quickly rising with the rarity of the TR8 finally catching up with it!  Last year prices rose by 27%. One reason for prices rising is the cost to repair one. Doesn’t matter if you buy a tatty TR8 at $/£5000 unless you do all the work yourself its going to cost around £15k to £20k just for the body work! Owners who resist rising prices because they think raising the values of these cars raises the price of spares, please think again. Particularly on spares – the rarity of those spares is putting the prices up anyway! If you have a car for example valued at $/£10k and its in a crash, it will because of body work costs almost certainly be written off. Chances are the value of a similar car will have risen (because you will have added new items and work along the way that you aren’t accounting for) so you won’t be able to replace your car with one to the same standard. You will end up having to buy a cheaper one which you’ll then have to pay more money to get it like the original one. This is what happens when people constantly devalue the TR’s on the various forums etc. Most TR8 owners value their cars and as a result they are generally valued higher to the point that their insurance company’s will most likely be paying for repairs not a write off!!!

USA/CAN SPEC TR8’s (LHD) Prices are in USD $ given the exchange rate and the addition of shipping costs makes them pretty much the same either side of the pond currently.

RHD PRICING – The subject no one wants to hang their hat on! (Update May 2022)

UK HOME MARKET SPEC TR8’s (RHD) are very few (23/26) with only the odd one ever coming up for sale. So I would expect them to have a premium of 15-20K over a similar condition LHD TR8. Expect a very good condition original untouched and unregistered low mileage one to be around £50k given the rarity! The one below originally had a 60k asking price which has more recently been reduced on eBay to £52.5K. This particular car has been repainted – not a great job as the suspension nuts have been painted over as well which quite frankly is sloppy and lazy – as well as having had a poor conversion to external fuel pump to the extent the air plenum can no longer be fitted. So has to some extent now lost some of its originality. Still a very nice car though! This current price may still be a tad optimistic but if the owner hangs on to it for a few more years they may well stand a better chance. 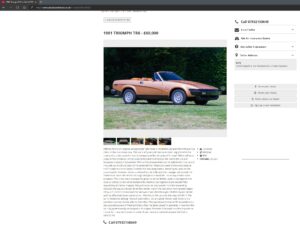 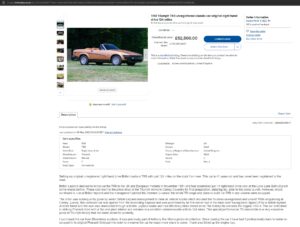 The above are guide prices only because at the end of the day if the car is sold with hardly anyone knowing its there it will obviously go for less than a well publicised sale! In the past year I have seen examples of both with one a bargain and other at the top end of its value. If you want one, consider setting up a Google alert for TR8 and you will get to hear about many cars you otherwise wouldn’t know are for sale!

Individual Rarity increases the value by perhaps another 5K or so – there are only two RHD automatics and so as we all get older it wouldn’t surprise me to see those cars attach a premium. There is only one car modified by BL MOTORPOSRT Abingdon and that may give the car added value for people with a connection there. There are quite a few with low mileage which the owners try to keep that way by trailering the cars every where and some are still unregistered. Complete fully documented stories will always add extra value as well.

BEWARE – BECAUSE RHD CARS ATTRACT A PREMIUM EXPECT THERE TO BE RINGERS!

There are currently two known destroyed cars and another that possibly was crash tested. They are Triton Green – Bordeaux Red – White. Check the details out above and make sure the engine and body numbers all stack up. One missing walk away! If in doubt drop us a line and we’ll gladly help.