A lot of speculation has gone on over the years as to whether a European spec LHD TR8 existed. So did they, or didn’t they? “Sort of and Closest to” is probably the fair answer as “Tax Free” personal export TR8’s for Europe certainly existed, 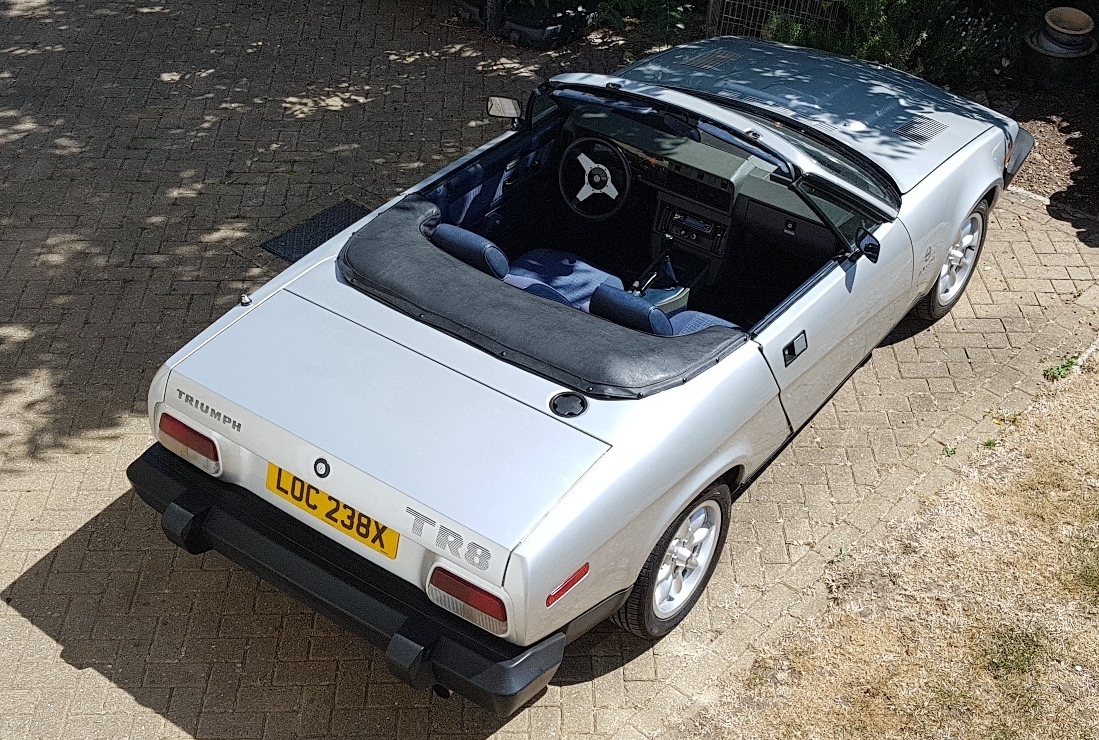 TR8 Sold in Germany to USAF Forces and remained in Europe 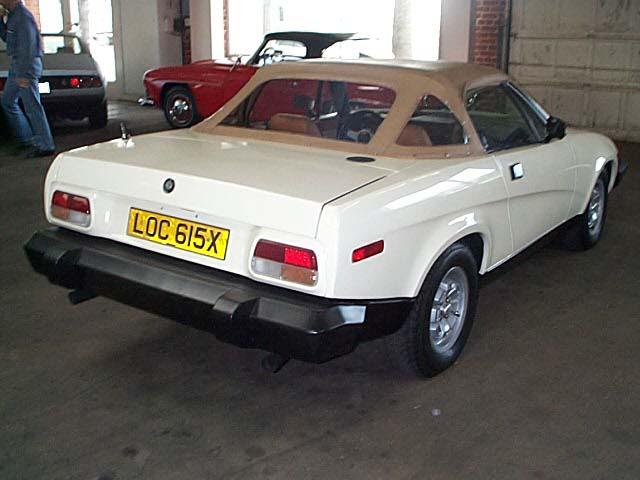 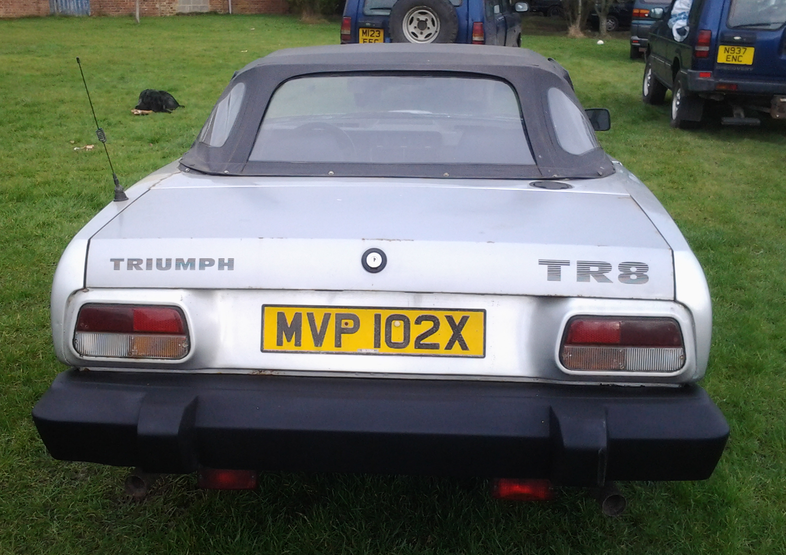 TR8 Sold in UK to USAF Forces and remained in UK

They came with the following documentation. 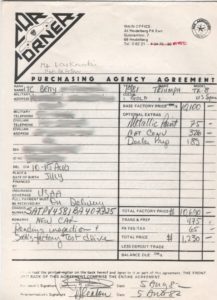 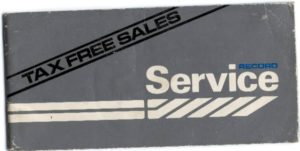 (There were some PED cars in 1980 however I have currently no way of identifying from all the 1980 records for TR8’s, which they were individually, as I could from the build record cards still available for the 81’s. I do know of 7 1980’s PED’s from owners who still had the original paperwork. They were all carb versions so its reasonable to assume 1980 PED’s also used the same base 49 state model, and at a guess I’d say similar numbers) 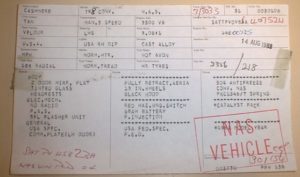 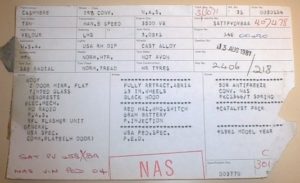 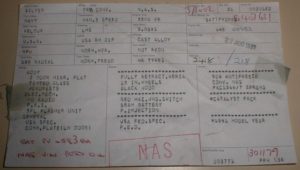 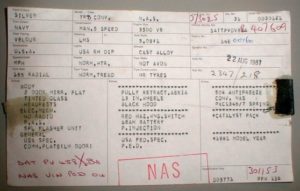 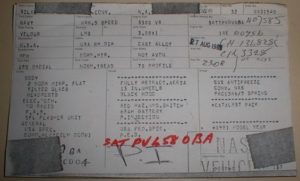 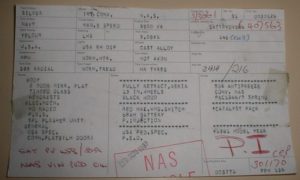 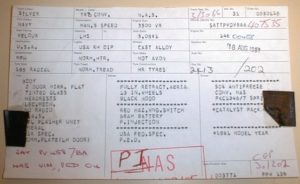 Ok so what are PED’s?

Well all of these cars are based on a 49 spec TR8 (basic federal variant SATPV458?BA without AC as standard – One car for 1981, 406998 did have AC) and all were supplied to either US/CAN service personnel or Diplomats entitled to tax free cars based in Europe.

So what’s the difference that makes them European spec?

All of these cars were exported / registered by:

Free service voucher showing Tax Free Sales as the Heading where as the VX1 below shows Rover Hire Ltd – Note Voucher and VX1 are from different PED TR8’s.

All (that are known to me) were given a LOC???X registration number as a temporary DVLC (form VX1) skeletal record prior to their departure from the UK – as can be seen from the records above some still carry the original number largely because current/previous owners either bought the car from a USA/Canadian service person before they went back home or the UK plates were still with the car and the owner was able to apply for a conversion of skeleton vehicle record to full record (DVLC form VX2). In some cases cars have been brought back from the states without the new owner knowing the car had a previous UK registration number thus they now have different registration numbers. 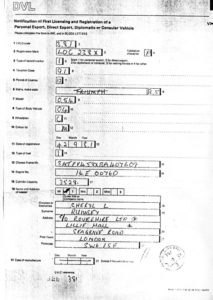 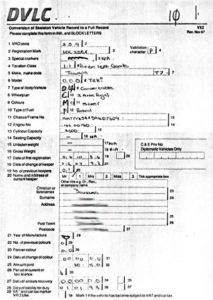 Because these were all personal exports, type approval wasn’t required although it did exist for RHD UK spec cars (see below), so some of these cars have early versions of parts that came out on other cars in1982. (Presumably used to plug shortage gaps up at the end of production, and so cars could be finished. Using them on personal exports would have freed up parts for other cars that have to have them for approval, where as it wouldn’t have caused an approval problem for PED cars.

Type approval for a RHD TR8. 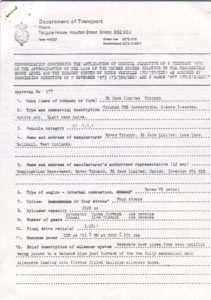 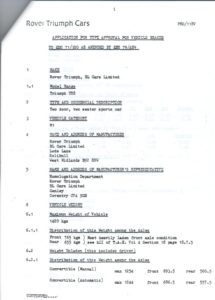 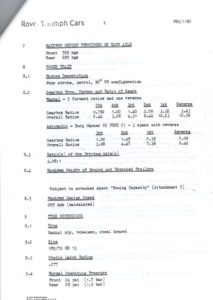 An interesting quirk is that all of the PED cars I’ve seen so far they have a different set of chassis letters (number remains the same) in the boot/trunk rain gutter. This is the European chassis number system, for the example below I’ve used my own car LOC238X.

In addition the SATPV458XBA407609 chassis number appears stamped (very poorly and hastily) round the LH suspension turret; so possibly a rush job to get it past customs on its travels to its first owner perhaps?

Whether these are purely PED quirks or last of the line quirks I don’t as yet have enough data to confirm.