Distributor / Coil System for the TR8

There have been as many variations in the distributor fitted to the Rover V8 as there have been changes to the engine. Nevertheless, all factory-fitted distributors are Lucas items and all, with certain limitations, are interchangeable. Early versions of the engine – Rover P5, P6 and early Range Rover – were fitted with contact breaker distributors, either single or twin points.
With the introduction of the Rover SD1 saloon, in 1976, came a new electronic ignition distributor, the Lucas ‘OPUS’ 35DE8 (35DE8 fitted to all TR8’s less two examples that I have found so far). This was a completely self-contained unit, with the exception of a ballast resistor pack mounted away from the distributor.
In 1982 (early versions of the 35DM8 were being used on TR8’s and Rover SD1’s from August 1981), the 35DE8 was replaced by the Lucas 35DM8 (35DM8 fitted to some PED Cars) – that I have found so far – possibly as they were personal export to save DE’s for cars that would need to have approved at that time parts in order to be comnpleted), an improved design with the ignition module located away from the main distributor (and therefore away from engine heat).
The TR8 and Range Rover, have been fitted with versions of the same distributors, typically featuring different advance characteristics to suit their particular application.

The normal coil system to go with the 35DE8 was fitted to the front of the TR8 just above the radiator. 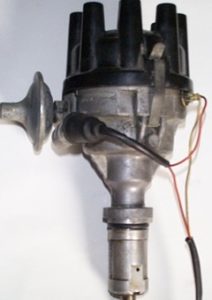 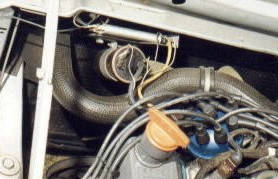 The coil system that was used with the 35DE8 on a few development TR8’s is very similar to the 35DM8 amplifier/coil setup (slightly larger) but connected to a 35DE8 distributor; it is fitted to the inner wing of the TR8 away from the engine / heat for improved reliability. 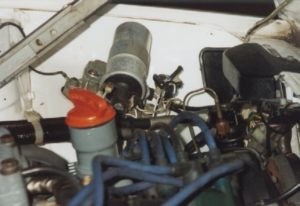 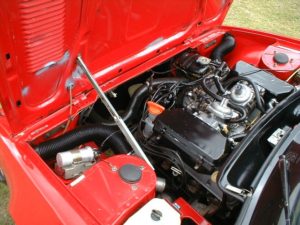 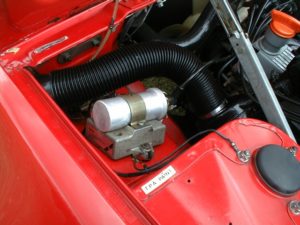 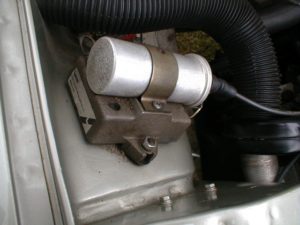 The 35DM8 also has the coil fitted to the inner wing of the TR8 away from the engine / heat for improved reliability but with the added advantage of the much better and reliable 35DM8 distributor. This distributor does not use the opus system as in the 35DE8. Note 35DM8’s fitted to TR8’s have a different plug connector fitted than the picture on the left – this is a new one available from suppliers now – see centre picture for correct plug fitting. 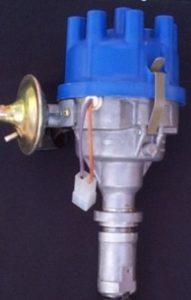 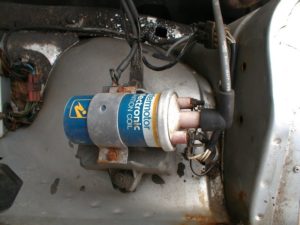 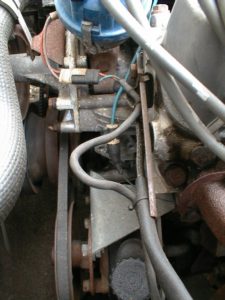 The 35DLM8 hasn’t been fitted to any TR8’s by the factory but could in theory have been fitted later, so I show this for interest / comparison only – this version came out in 1985 and has the amplifier fitted to the side of the distributor – small black box. 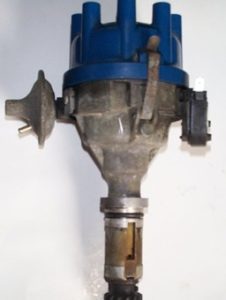 WHY? not known, possible reason would have been an intended model change to benefit from the better 35DM8 arrangement (certainly a number of development cars exist with the coil situated on the side wing) or possibly parts were scare towards the end of production and these next generation distributors were used up on cars not requiring approval parts, as in (PED) personal export cars to then have spare approval parts to use on cars that needed them to be finished. Interesting point is that the only examples I have seen are PED cars and thus would not have been exposed to stringent type approval checks.

Do you have a non standard arrangement fitted to your car? if so I’d be grateful for any information you could provide me with.